Please join us to discuss in depth Newman’s ideas, working methods and strategies as one of the 20th century’s most influential portraitists. We will be looking closely at the photographer’s life and his unique approach to his art, what has been called ‘environmental portraiture’. A lively conversation will also trace a brief history of the portrait in photography, noting Newman’s innovations. We will also analyze in depth certain iconic images. Lastly, we will discuss the arc of his career, his satisfactions and disappointments as he fought to raise the public’s appreciation of the photographic portrait. 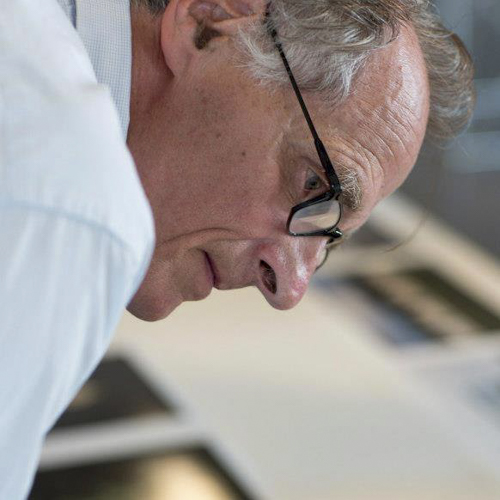 From 1977 to 1984 William Ewing was Director of Exhibitions at the International Center of Photography, New York, and from 1996 to 2010 Director of the Musée de l’Elysée, Lausanne, while also teaching at the University of Geneva. He has served on many juries over the years, and shown at a number of international photography festivals, as well as co-curating the New York Photo Festival in 2009. Since 2010 he has worked as a curator for the Foundation for the Exhibition of Photography, Minneapolis and Lausanne, and since 2015, for the Foundation Carène, Switzerland. He is also currently Director of Curatorial Projects for Thames & Hudson, London.
Since the late 1970s Ewing’s exhibitions have been shown at many major museums in America and Europe, including: the Museum of Modern Art and ICP, New York; the Jeu de Paume and the Centre Pompidou, Paris; the Hayward, Barbican and Serpentine Galleries, London; the Kunsthaus Zürich; the Folkwang Museum, Essen; the Walker Art Center, Minneapolis; the Setagaya Art Museum, Tokyo; the National Gallery of Victoria, Melbourne; and the Art Gallery of Ontario.
Ewing’s books include monographs on George Hoyningen-Huene, Erwin Blumenfeld, Dan Weiner, Ray Metzker, Leonard Freed and Arnold Newman, while his thematic books include Out of Focus, for the Saatchi Gallery, Lasting Impressions for Steidl, Flora Photographica, The Body, The Face: The New Photographic Portraiture; The Century of the Body, Landmark: The Fields of Landscape Photography, all for Thames & Hudson. His most recent book is Edward Burtynsky: Essential Elements, while William Wegman: Being Human will be published in 2017.
In 2010 Ewing was awarded the status of Officer in the French Order of Arts and Letters, and in 2016 won the Outstanding Service to Photography Award from the Royal Photographic Society. He lives and works in Lausanne and London.

This event is full.
Thank you for many applications!

FREE (with Nijo-jo and exhibition entry)

Exhibition Tour: “Strategies of a Master”
With Curator William Ewing and the artist’s son David Newman