Born in 1980, Yoshida Akihito resigned from his occupation as a primary school teacher to pursue a career in photography, and since then has continued to produce works that earnestly confront the intentions and emotions that lie within human beings. In recent years, he has self-published two photobooks on the theme of “what it means to work.” The first is Brick Yard (2014), a documentation of seasonal workers at a brick factory in Bangladesh who perform manual labor without the help of machines. The second, Tannery, captures the harsh working environment inside a tanning plant in Bangladesh. There is always a certain warmth in Yoshida’s gaze as he follows his subjects. He conveys a sense of human dignity that never ceases to prevail even under such harsh working conditions, allowing it to emerge as a radiant ray of light.

Yoshida’s latest work, Falling Leaves, is a photographic record of his younger cousin and his grandmother, with whom the cousin lived with since birth, together in their homeland of Miyazaki prefecture. Images of the two holding hands while shopping in the supermarket, seeing one another off when one went out, watching until the other is out of sight, eating and sleeping together —these photographs, taken by Yoshida from his early days as a photographer, capture a somewhat unusual relationship, one different from that of an ordinary grandmother and grandchild.

When his grandmother took ill and began to show signs of dementia, Yoshida’s cousin became her dedicated caregiver, until one day he suddenly disappeared. A year later he was discovered, his body unearthed from under the leaves up in the hills. Yoshida’s portrait of the bright days of the cousin who chose to take his own life at the age of 23, and his grandmother who passed away the following year, gently shows us the irreplaceable warmth of everyday life that, although now gone, certainly existed.

In the summer of 2017, Falling Leaves will be released as a self-published photobook in a limited edition of 111, the same number as the total number of years that his cousin and grandmother lived.

Akihito Yoshida
Born in Miyazaki in 1980, Yoshida Akihito earned a degree in Special Education from Shiga University and then taught Japanese for a year at a university in Thailand. Upon returning to Japan, he taught at a primary school in Kyoto for six years and then, in 2010, began a career as a documentary photographer. He has self-published two photobooks—Brick Yard (200 copies, 2014) and Tannery (500 copies, 2016)—and will soon publish a third, Falling Leaves (111 copies, August 2017), documenting the lives of his grandmother and cousin. Winner of the 2016 Nikkei National Geographic Photography Award for People, he was also short-listed for the 2015 Paris Aperture Foundation Photo Book Award. Yoshida lives in Kyoto. 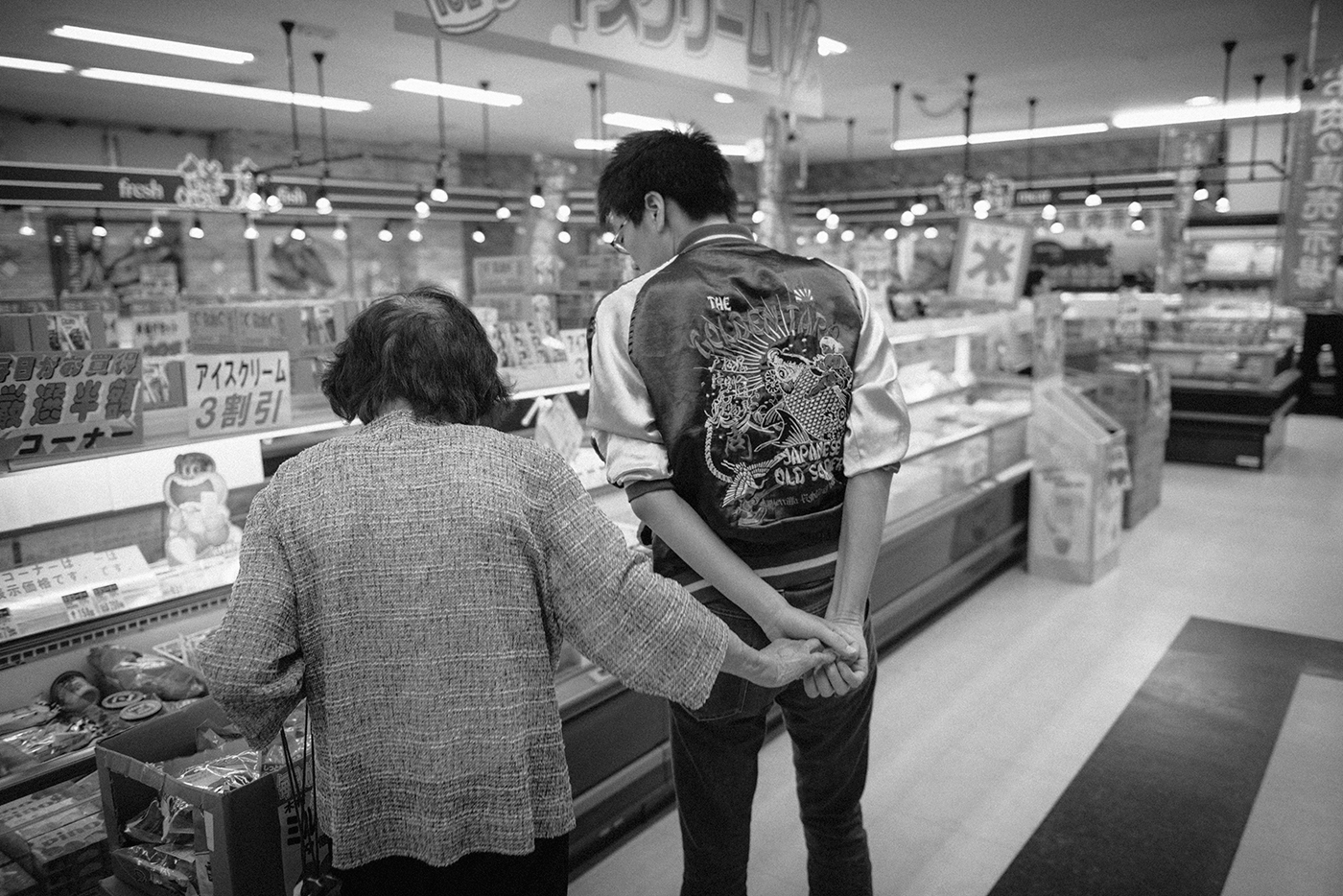 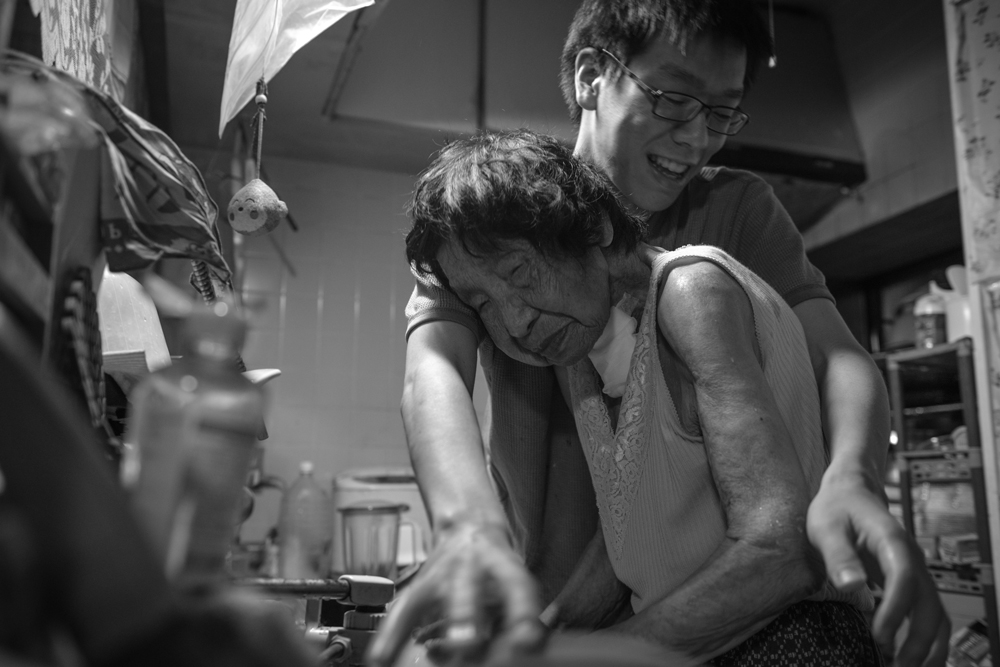 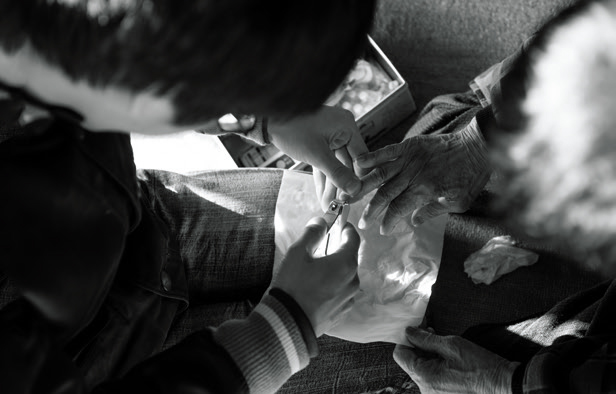 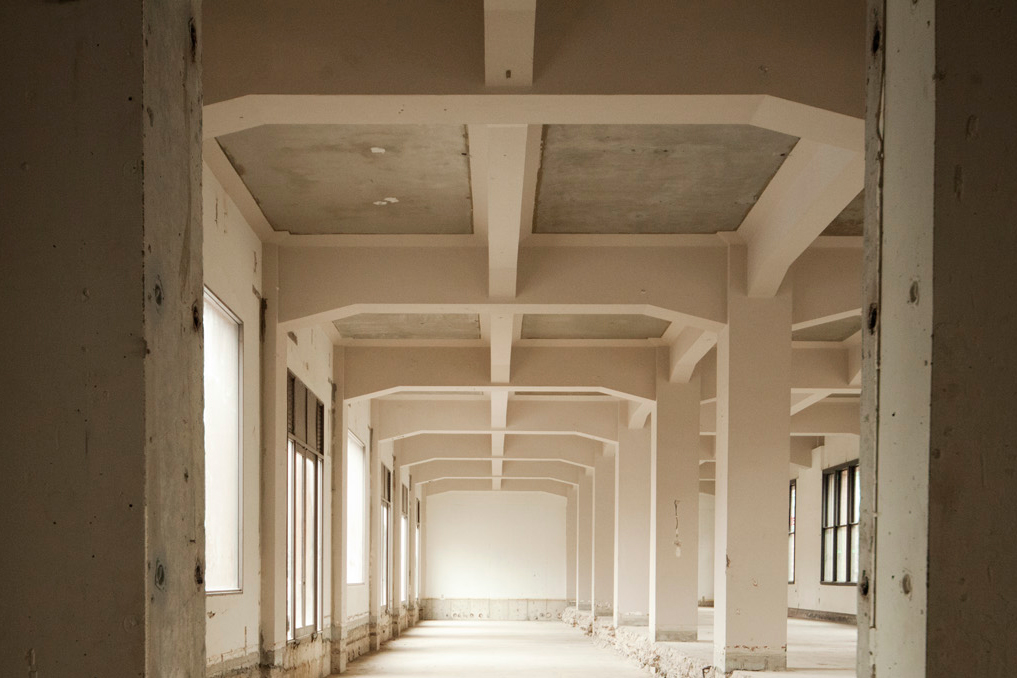