Not In Your Face

In 2009, art dealer/consultant Susan Barnett decided to challenge conventional portraiture, which focuses on facial features and expressions, by photographing people from behind. A central theme implicit in this work is the degree to which we tend to judge people by their appearance.

Shirts, jackets, and even tattoos are “message media” that can indelibly affect how we read others. A quick shot from the back often says it all. This is of particular interest to Barnett, who was in art school in America during the 1970s anti-Vietnam War student movement. At that time, she and her fellow protesters would silkscreen peace slogans on T-shirts that they wore, turning underwear into social billboards and helping give birth to a culture of stating one’s views through slogans. This is commonplace nowadays, but it was not so long ago that people on the street were not putting printed wearables in your face everywhere you went.

For this exhibition, Barnett has selected love-themed images from among her photos taken in 25 countries and displayed them in a temporary panel enclosure outdoors. Far beyond merely being fashionable, her subjects wear their hearts on their sleeves by brandishing their beliefs and political views on their backs. Particularly in this year of 2017, as newly-elected U.S. President Donald Trump pushes ahead with authoritarian immigration policies and other governments swing toward the far right, the truly democratic medium of T-shirt messages gives everyone a chance to shine a little sanity, humor and, above all, love into our lives.

Susan Barnett
Susan Barnett was born in 1951 in New Jersey, USA. In 2009, she began creating a unique series of portraits of people photographed from behind, in some 25 different countries. Her Not In Your Face images of T-shirt messages have since been shown worldwide and collected in the volume T: A Typology of T-shirts (Dewi Lewis, 2015). 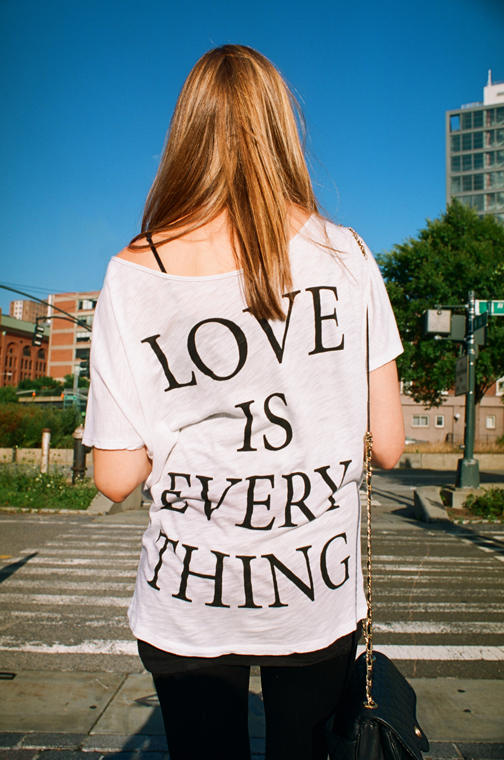 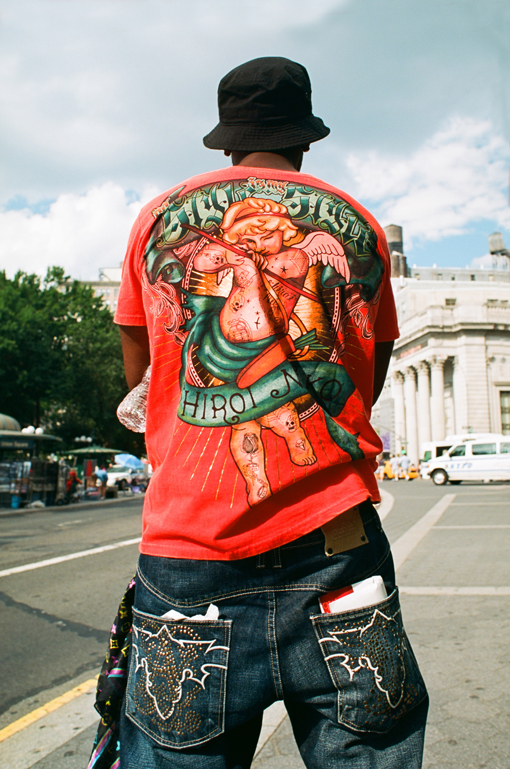 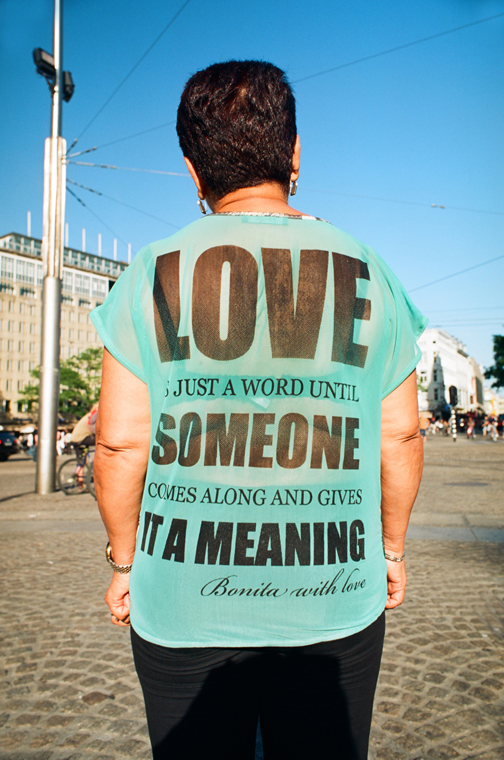 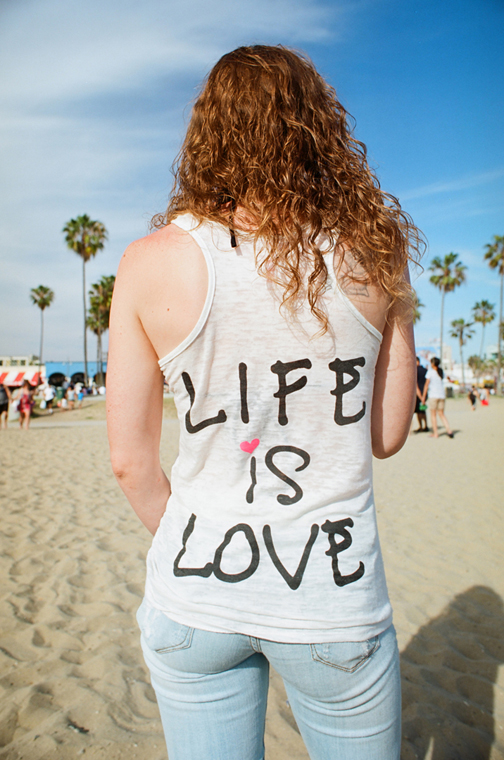 There are permanent exhibits on the wall